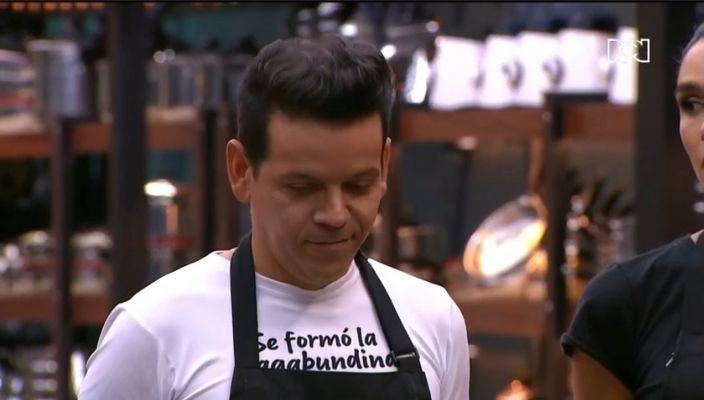 Ako Perez was eliminated from the Masterchef Celebrity competition due to poor performance of the dish. Taken from the RCN channel.

The pressure was such that nervousness became very visible on the faces of the participants, to the point that the motocross rider mentioned that in this case the weighting was found at the same point.

“There is Isabella, there is Natalia, there is Aida, there is Manuela, there is a heavy one… anyone can go here,” Tatan Mejia said. While Carlos Baez, Cristina Campuzano and the previous day’s winners Aida Morales and Ramiro Meneses sat very calmly on the balcony.

This knockout test was conducted individually, in which each of the participants had a small mysterious box, inside which was a somewhat strange protein for some, and more famous for others, but not all of them were the same.

“They will have 45 minutes for this elimination challenge”chef Christopher Carpentier told them that some participants didn’t count on the fact that this time the task was focused on bringing out the flavor of a specific element: “chapulines,” or, as they are commonly known in Colombia, grasshoppers; in other cases, it was necessary to cook acoquila and agave worm.

Another difficulty faced by the entrants in the preliminaries was the time to make the market in the pantry, leaving little room for choice of ingredients, with which they disappointed the jury in their preparations with the aforementioned grounds that they are part of Mexican haute cuisine.

The first to be visited by the chefs was Ako Perez, who was supposed to prepare a dish with agave worms; Initially, the actor planned to give some croquettes with worm mayonnaise, but he got very confused with their preparation, so he received an offer from Nicolás de Subiria to give some patacones with guacamole as a base, and on top of them Creole salad, and on top of a few worms.

However, Perez decided to experiment with a different recipe: “This imp comes and says to me: Ako, why don’t you throw in a cream of mushrooms and worms instead … And since I have the will to contribute, I decide to go this way”.

Arriving to comment to the other jurors, De Soubiria mentioned the following: “Ako was standing in line and I was collecting bechamel to see if he would make worm croquettes, he was completely confused, he had no idea how to collect this bechamel. .. I don’t see it very well, I left plan B there with the striped pataconcito, let’s see what happens“. 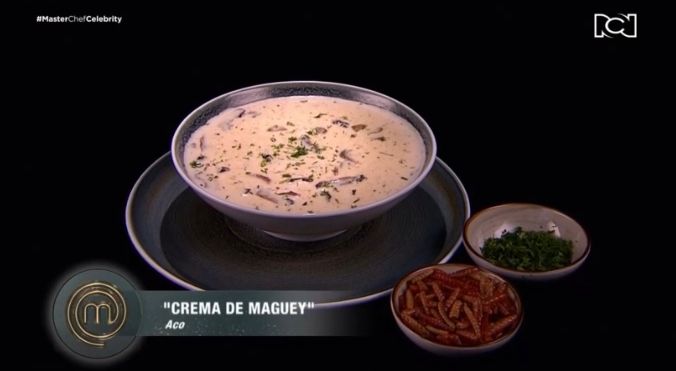 A presentation by Ako Pérez, who eliminated him from the Masterchef Celebrity competition. Taken from the RCN channel.

At the moment of entering the podium in front of the judges on his call, the chef actually came with a completely different presentation than the one offered by chef Nicolás de Subiria, and this was his reaction:

“Delicious, there is no bad taste, the taste is very good, now we are going to the dark side… too long to wait, you didn’t fry the flour with butter enough, but the worst thing is the thickness, you would take the same pan in the one you were cooking, you’d give a little more depth, a little more milk, a little more, a smaller portion, of your little agave worm, and you’re on the other side.”

Ako’s preparation could not compete with his peers, as in the case of Tatan Mejia and Manuela González, who were congratulated by the jury for their preparation, as happened with Natalia Ramirez, which led to her exclusion from the competition. 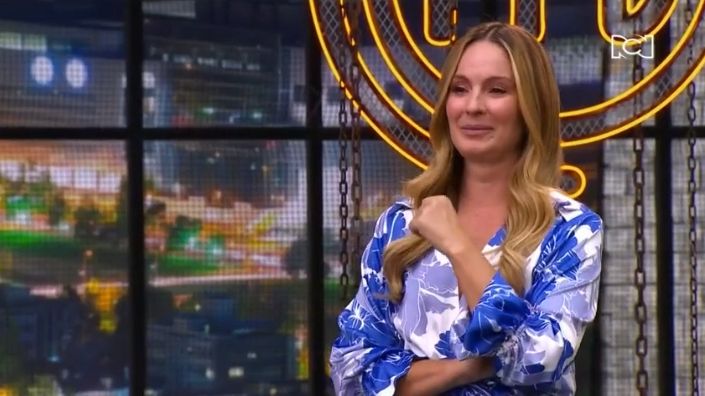 The departure of the actor greatly hurt Claudia Bahamon, who mourned his departure with tears in her eyes:

“With you, I confirmed that love at first sight exists, you are such a wonderful person, you make me so happy in my working days … Thank you for coming to this competition”– the presenter said through tears.

Epa Colombia is looking for employees for your company, you just need to be single
“It’s something we still don’t believe in, even Netflix is ​​surprised”: Juan Tarquino talks about the success of “Palpito”