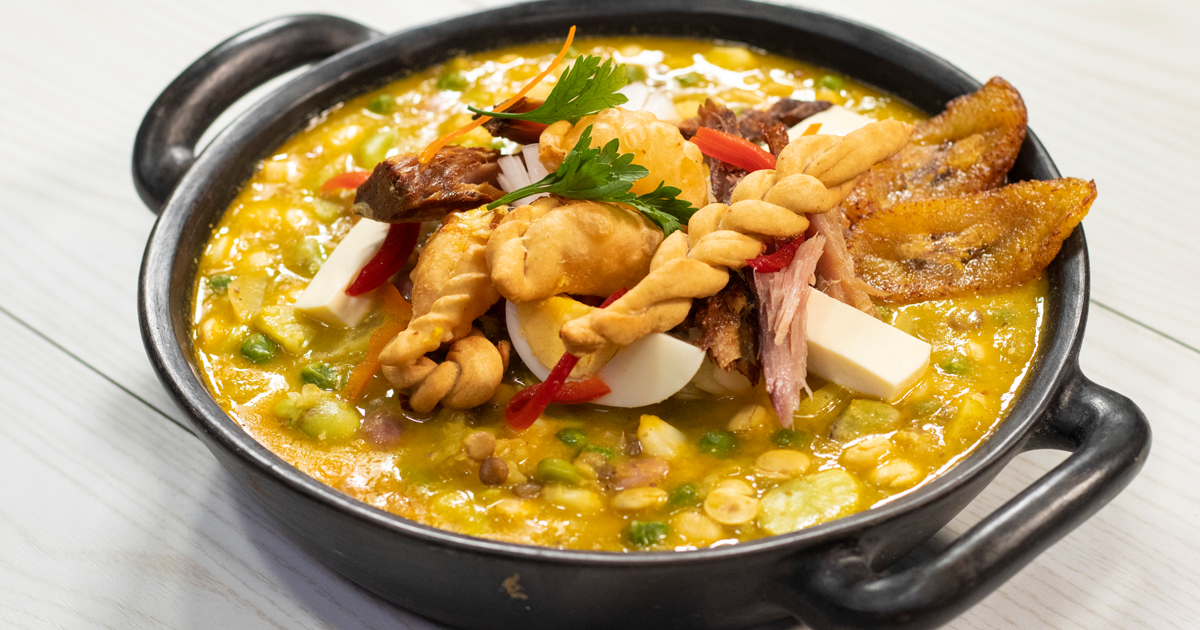 Ecuadorian soup fanesca is prepared only for Easter.

The Catholic world honors the memory Holy Week, a reminder of the passion and death of Jesus Christ, which begins with the presentation of His entry into Jerusalem, on Palm Sunday, and ends on Sunday. For Catholics, this week becomes a time of reflection and preparation for Easter. AT Ecuadorthere are traditions common in Catholicism, such as processions, but there are also unique events, such as tail dragthe only grave commemoration in honor of Christ. Fanescasoup, the ingredients of which are reminiscent of Jesus and his apostles.

La Fanesca, like many others in Latin America, a tradition combining local cosmogony with religious beliefs that came to the colony. The soup that Ecuadorians eat during Holy Week is also known as ushukuta. This dish is completed with abstinence and fasting of Great Lent and Holy Week. It contains twelve grains, and each of them combines a Catholic symbol with local rites.

There are several theories about who or who created Fanescu. One of the legends says that heThe Spanish colonizers hired a French chef to prepare the dish. which can serve as a penance, the condition was that the dish be “heavy”.

It is also reported that Fanesca was invented by a woman named Juana who served the dish in a convent in Quito.. According to this story, when the soup was created it was called Juanesca and then his name became what we know now.

Despite these myths, the most common story comes from pre-hispanic erato the local tradition of celebrating the Day Mushuk Ninaor the day of the New Fire. This ritual causes a time of flowering and rebirth through the sun.as a source of energy for society and signals the beginning of a new Andean year, according to official information from the Ministry of Tourism of Ecuador. Uchukuta, the Quichua name for soup, means tender grains cooked with chili.

The soup, which is prepared once a year, is the protagonist of municipal competitions, family dinners and is one of the main dishes of Ecuadorian cuisine.

Grains and their meaning

The first cookbook printed in Quito in 1882 already contained the recipe for fanesca. According to the Metropolitan Archive of the Ecuadorian Capital: “Beans, broad beans, chochos, corn and peas are chosen tender: they are boiled, as well as rice, cabbage and chopped sambo.; everything is fried in a saucepan cooked with onion fried in butter, garlic, cumin, roasted and ground peanuts, sugar cube: beThey add cream and milk and after this boil with pieces of peye and shrimp it is served topped with fried pieces of cake dough of various shapes and very small, fried little pieces of banana, pieces of hard boiled egg. , chopped parsley, flower pepper and ground pepper above all.”

Fanesca, whose recipe began to be strengthened nationally, retained its local origin thanks to its tender grains, although other additional ingredients such as dairy and fish were later added. The twelve grains represent the apostles of Jesus as well as other religious figures.

Soup is prepared with corn – Tender corn. This ingredient is St. Peter, one of the apostles of Jesus and considered the father of the Catholic Church. The cob kernels represent the faith of San Pedro’s descendants and allude to his beard. In the story of Holy Week, Saint Peter is the protagonist of the three denials of Jesus. 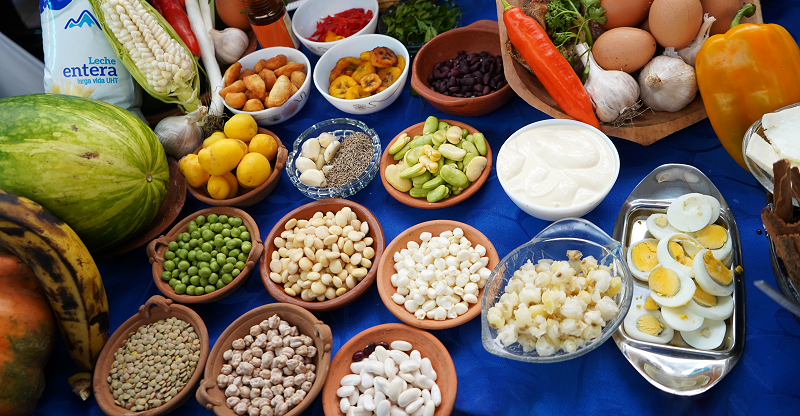 Fanesca grains are a kind of Catholic symbol.

pussyalso known as Andean soyIt represents Judas Iscariotwho betrayed Jesus. Tradition indicates that before putting chochos in soup, they must be cleared within seven days. Each day symbolizes cleansing from mortal sin.

Maria Magdalena it is also present in the fanesque. beans This is the destined seed for the woman who accompanied Jesus and the Virgin Mary during and after the crucifixion.

onion is an ingredient that symbolizes the Virgin Mary. According to tradition, the bow represents the braids of the Virgin. Since cutting onions causes tears, they are reminiscent of the tears of the holy women who accompanied Jesus during the Passion.

Jesus presented in soup with cod. The fish is one of the miracles that the Bible attributes to Christ. This ingredient symbolizes generosity.

chickpeas or pea represents Saint Anthony, for his love of nature and work on the land. For the natives, this grain is “a green pearl that nourishes the body for peace of mind,” according to psychic GK.

Faneska includes three types beansthey represent wise men who brought gifts to the newborn Jesus in Bethlehem. pumpkin or pumpkin symbolizes San Francisco de Asis, a saint who gave up his wealth to serve God and the poor. Also they milk productslike milk, are present on the plate San Agustinholy, cleansing and harmonizing the taste of the soup.

Finally, fried foods included in fanesca represent relativeshusband’s relatives and other visitors who will arrive during Holy Week.

A recipe that brings the family together

Although the traditional recipe includes the mentioned ingredients, each family adapted the recipe. There is no official document that specifies how to make a fanesca, so it has changed. However, its meaning is still associated with the rites of Holy Week and local tradition. 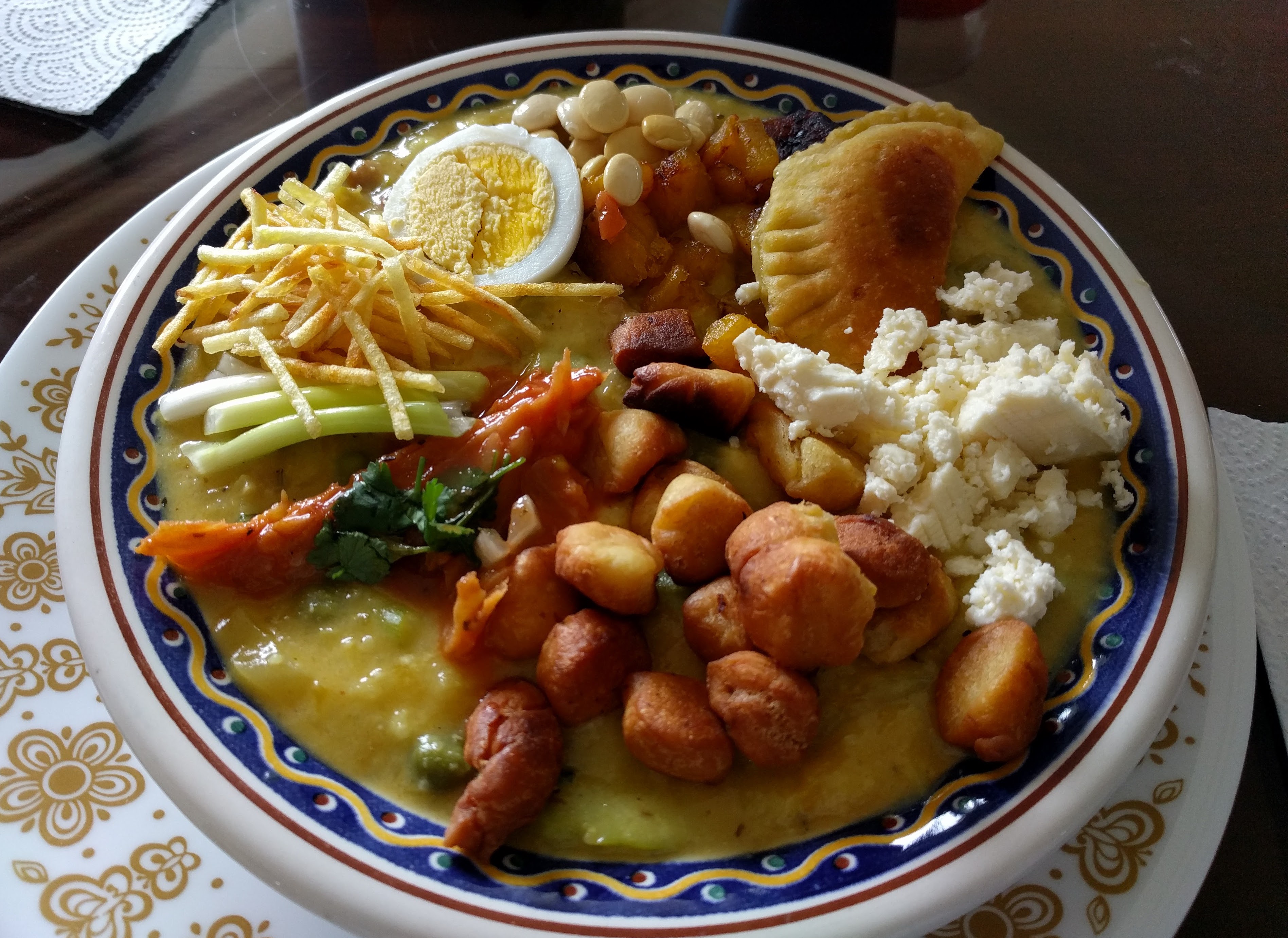 The fanesca recipe has been adapted in every family and region of Ecuador. In addition to the 12 grains, other ingredients have been included.

Some families add In addition to the 12 grains, mellocos – or ullocos – in soup, or sambo, is another type of pumpkin. Others add cabbage, butter, fresh cheese, etc. Typically, fanesca is served with avocado palta and a hard-boiled egg. It is even believed that the original recipe The Uchukuta brought the meat of wild guinea pigs.

The preparation and tasting of fanesca brings families together, whose members gather in the kitchen. Despite the fact that the recipe is not complicated, it takes a lot of time.from cooking fish at least 48 hours in advance and some grains to when all the ingredients are mixed in the soup.

Fanesca is a reflection of the cultural and religious syncretism that united local and Spanish traditions, which are preserved to this day.

Easter in Ecuador: hundreds of events in Quito and tax cuts across the country
How the child traveler’s pass, an Ecuadorian parade where biblical and Andean characters meet every December 24